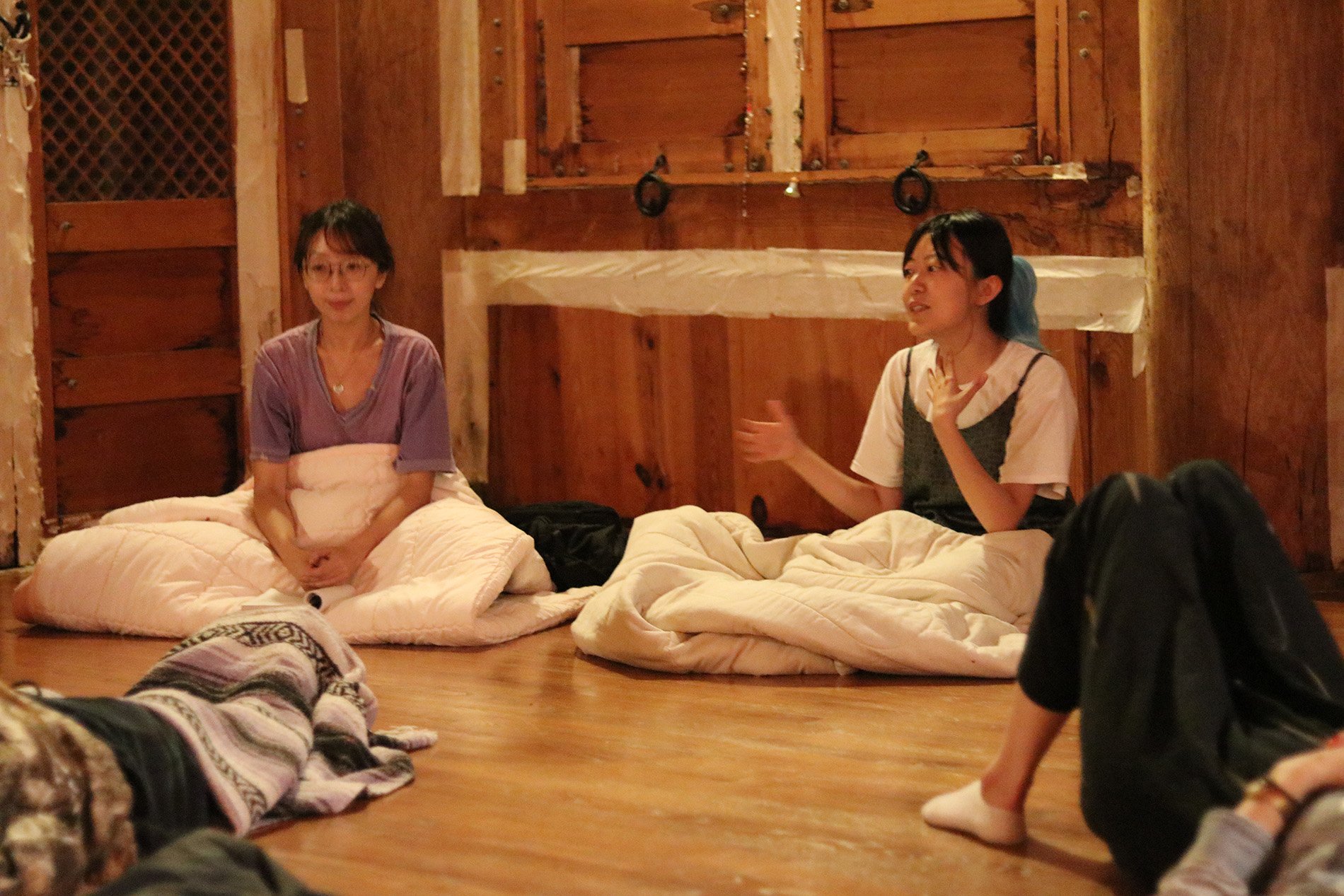 The Classic of Mountains and Seas

The artists intention was to use 15 min before sleeping to read everyone excerpts from The Classic of Mountains and Seas, a bedtime story of sorts. The Classic of Mountains and Seas, also known as Shan Hai Jing, formerly romanized as the Shan-hai Ching, is a Chinese classic text and a compilation of mythic geography and beasts. Versions of the text may have existed since as early as the 4th century BC, but the present form was not reached until the early Han dynasty a few centuries later.

Xiaofei Mo is a filmmaker and archivist based in New York. Through a series of human-machine collaborations, she works with an AI named POND to explore the porous nature of image and language, memory and feeling, friction and movement. POND has no mother tongue, it learns from and in translation, and grows organs without body. She is also a member of The Room of Spirit and Time, currently in residence at the Studio Program at the Queens Museum.