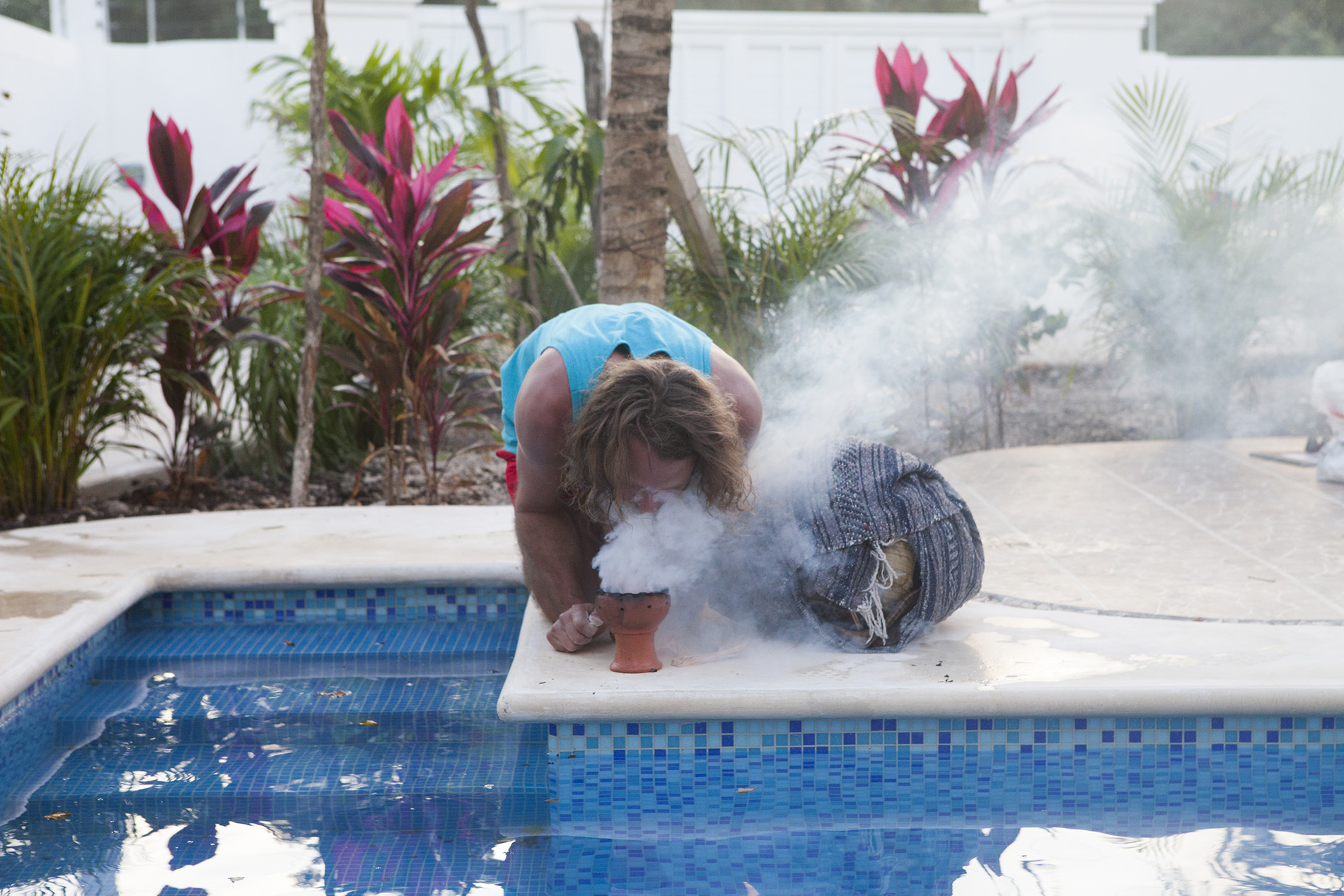 Tulum in the Mexican state of Quintana Roo

The peoples of Mesoamerica have long held the balché tree and their mysterious beverage sacred. Because the drink had strong religious significance to the Maya, the Spaniards banned the beverage in an attempt to convert them to Christianity. The ban was observed until a Maya named Chi convinced the Spaniards that balché had important health benefits and that many Maya were dying as a result of the prohibition. The Spaniards then lifted their ban, and balchérituals resumed.

Inspired by and in reverence to the ancient Yucatec Maya, participants have the unique experience to try a similar indigenous ferment using some of the same ingredients such as local honey and bark of the balché tree. The fermentation process is modified slightly, beginning 7 days prior to Ontopo at a nearby campsite. Using glass bowls covered in muslin cloth instead of a wooden canoe, the fermentation takes place in the wilds of the Yucatan jungle, protected only by a tent. The addition of the Kombucha culture to the honey/balché mixture is intended to symbiotically and spiritually combine this ancient local mead to the concurrently ancient tradition and sacred beverage generically called Kombucha, known to the ancients as “the tea of everlasting life.”

Participants are served this sacred brew just before dawn in an offering to the God of Inebriation. This ritual is followed by full-body bio wraps using the culture regenerations formed during the process of this special nectar. Participants also receive a piece of this newly formed starter culture in a takeaway vacuum pouch to continue this new tradition in their homes